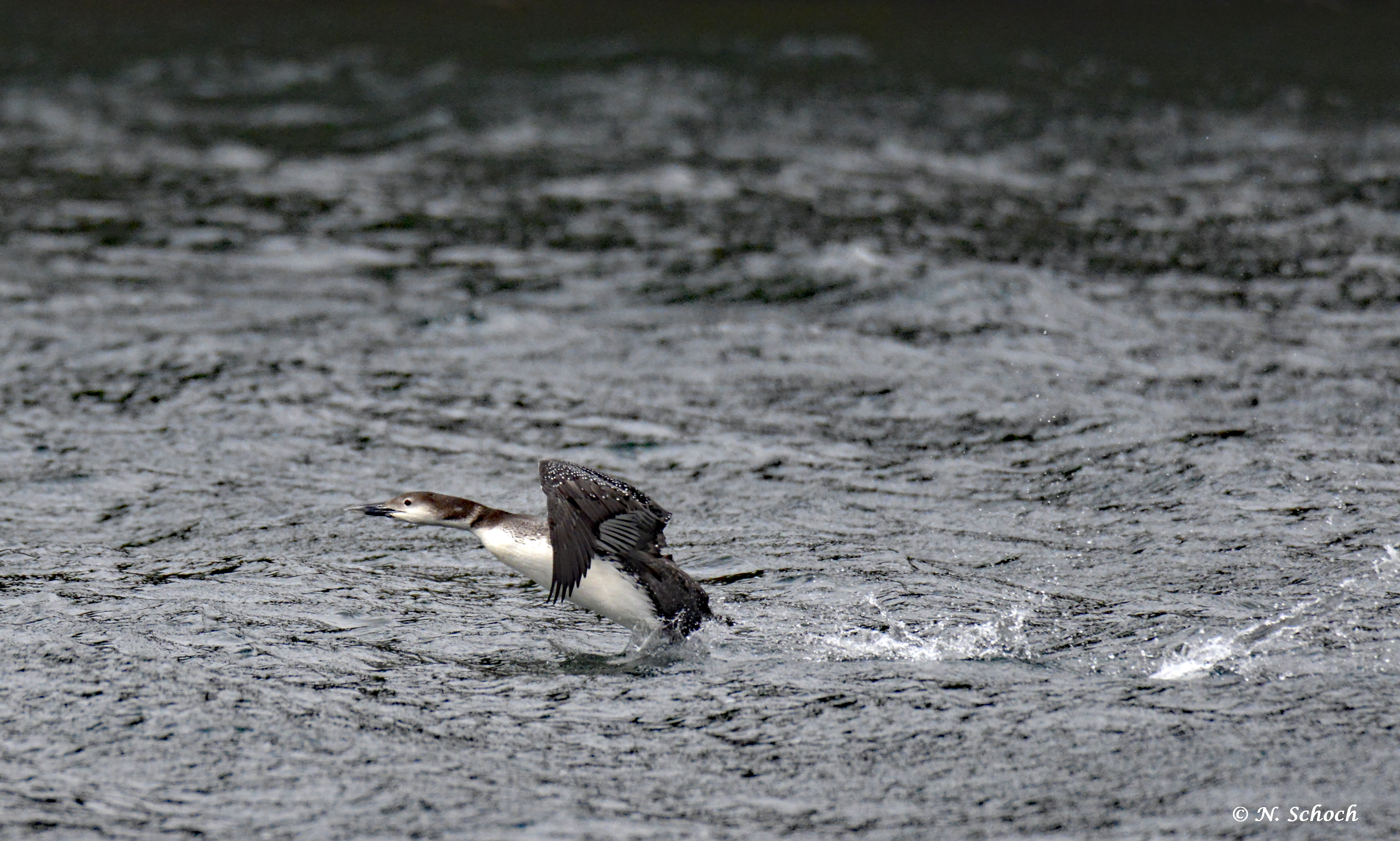 I am increasingly interested in and mesmerized by the spring migration of loons. Lake Jocassee is a major stop-over for loons on their way across the continent and I do believe it is the least recognized natural wonder in our area. The spectacle of loon departure is not for everyone, though. Most loons leave from about a half hour before sunrise until a half hour after, and it can be darned cold at that hour! Most mornings I attempt to leave the dock, if the weather allows, at an hour before sunrise. This morning it was right at freezing, with a light breeze out of the hard north to boot. So, clearly not for everyone. But oh so worth it. The sound of tremelos wafting across the water as the loons prepare to depart, the elegance of their power and beauty in flight, sometimes right over the boat, the determination that is almost viscerally perceived as they rise from the water to cross the vast continent. Tremelos are the sound most often heard when loons are in flight. It is less well known that it is the sound loons make when they are very excitedly preparing for flight. Listen to the tremelo here. ~B